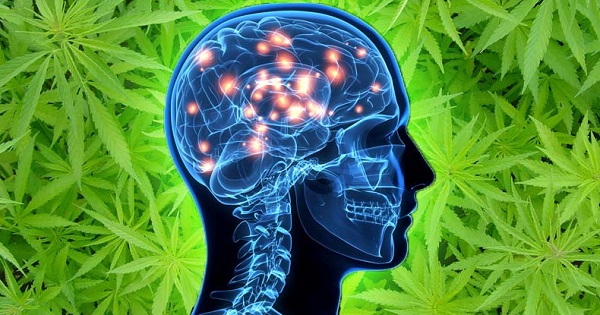 In a new study, medical cannabis has been shown to bring emotional relief to Alzheimer patients, thereby reducing the complications caused by this neurological disease. This post from The Open Mind highlights the findings of the research.

Scientific research continues to uncover an astonishing number of ways in which medical cannabis can treat human ailments. The latest is a clinical study conducted by Israeli researchers which found that cannabis is “a promising treatment option” for those suffering from Alzheimer’s Disease.

This degenerative neurological disease affects more than five million Americans and is ranked as the sixth leading cause of death in the U.S. Women comprise about two-thirds of those affected with this devastating condition.

The study was carried out by researchers at Abarbanel Mental Health Center and the Sackler Faculty of Medicine at Tel-Aviv University. Results of the month-long trial showed that tetrahydrocannabinol (THC)—the main active ingredient in cannabis—caused a “significant reduction” in mental illness severity, particularly with regard to irritability, aggression/agitation, delusions and insomnia.

The THC was administered through cannabis oil and was determined to be a safe treatment. These findings add to a growing body of evidence pointing to cannabis as an effective means of relieving the behavioral and psychological symptoms of Alzheimer’s Disease.

Past studies indicate the active ingredients in cannabis can provide palliative relief to Alzheimer’s patients with dementia — calming them down and allowing them to sleep. Cell studies also indicate cannabis’ active ingredients could prevent the onset and progression of Alzheimer’s, by interrupting the cycle of beta-amyloid plaque creation thought to cause Alzheimer’s Disease. – SF Gate

Since this condition is among the top ten causes of death in the U.S., there is real potential for cannabis to actually save lives. Alzheimer’s Disease kills people indirectly, through complications caused by the debilitating condition.

Pneumonia may cause two-thirds of the deaths in patients with dementia, and is sometimes caused by inhaling food due to difficulty swallowing. Reducing agitation through cannabis treatment may help with swallowing, thereby reducing cases of pneumonia.

Infections and blood clots from being bedridden are other causes of death among Alzheimer’s patients. As cannabis becomes an accepted medical treatment, perhaps we could see a reduction in the prevalence of being bedridden.

In any case, family members would most likely see a reduction in aggression, irritability and delusions, which would be an enormous emotional relief.

This study is just one more reason why governments must end the war on cannabis and fully accept its status as a bona fide medicine.

Source: New Study Shows Cannabis To Be An Effective Treatment For The 6th Leading Cause Of Death In US |