The FDA is likely to approve CBD, a cannabis byproduct, as a drug, but lots of beauty and wellness products — from mascara to bath bombs — already claim to use it. This post from Racked highlights what FDA approval of CBD could mean for the beauty industry.

As more states legalize marijuana, a by-product of the cannabis plant called CBD oil has also enjoyed an increasingly starry profile as a beauty and wellness ingredient. And it’s only going to become more mainstream.

Yesterday, an FDA advisory group unanimously recommended that Epidiolex, a CBD-based oral medication for treating two serious types of childhood epilepsy, be approved by the agency. It is largely assumed that the FDA will officially approve it as a drug, likely by June.

But there are currently CBD-based products being sold all over the place now, marketed as everything from a lash conditioner in mascara to a cancer treatment. So what does a government agency bestowing legitimacy on this ingredient mean for CBD? There are definitely some tricky regulatory, legal, and safety issues.

What exactly is CBD?

CBD, short for cannabidiol, does not get you high. That is the job of tetrahydrocannabinol, THC. The easiest way to think about it is that CBD is to hemp as THC is to marijuana. Hemp and marijuana are derived from two different strains of the cannabis plant, but one is grown for its psychoactive effects and the other for industrial purposes. (Although to further confuse things, you can get CBD from marijuana plants that also contain a tiny bit of THC.) CBD is extracted in an oil form and used in a multitude of topical and oral preparations sold for relaxation, pain control, and even to treat diseases.

CBD oil is also not to be confused with hemp oil, which is extracted from a different part of the plant and contains little to no CBD or THC. Hemp oil has long been a staple of crunchy health food store beauty products like Dr. Bronner’s classic pure castile soap. 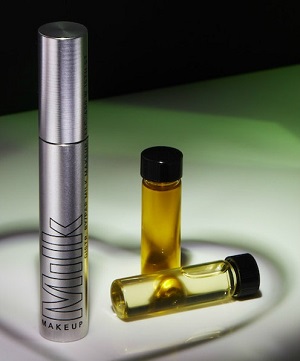 The claims made by manufacturers that sell CBD products are wide-ranging: treatment for pain relief, insomnia, anxiety, seizure prevention, diabetes, acne, Alzheimer’s, cancer. Sound too good to be true? Yeah, most of them probably are. The cancer claims are the most alarming and egregious.

Back in November 2017, the FDA issued warning letters to several companies selling CBD specifically as a cancer treatment. “The FDA has grown increasingly concerned at the proliferation of products claiming to treat or cure serious diseases like cancer,” the report states. “In this case, the illegally sold products allegedly contain cannabidiol (CBD), a component of the marijuana plant that is not FDA approved in any drug product for any indication.”

A pharmacy professor who has been involved in CBD studies told the Washington Post a few weeks ago that the multitude of CBD claims are “not scientifically founded, in my mind.”

If the FDA does approve this CBD-based drug, the only thing that legally can be claimed is that it can treat the specific types of seizures for which it was originally tested, at very specific doses.

But in the meantime, beauty and wellness companies are using it in everything. Milk Makeup, a brand popular with millennials, just released Kush Mascara. Because the brand just went vegan, it couldn’t use beeswax in its mascara formulation, so it subbed in CBD oil instead. “CBD oil has become known as a beauty superstar for its versatility and ever-growing list of benefits, and we decided to bring some of that good stuff into your makeup collection,” the brand said in a blog post, citing the ingredient as “conditioning.”

That’s a really benign claim, but other products go further, usually touting CBD’s supposed anti-inflammatory and calming properties. Vertly lip balms, which have been covered extensively in the beauty and fashion media, contain varying levels of CBD, and one, which can only be sold in states where marijuana is legal, contains THC. Lord Jones makes CBD gummies and a popular body lotion said to work for “sore muscles, joint pain, and skin conditions.” One brand even has a bath bomb, and there are tons of other brands touting similar benefits.

This doesn’t include all the oral preparations out there either. Goop recommends CBD in cocktails. You get the idea. It’s everywhere.

Is it even legal?

This is where it gets even muddier. Hemp oil is legal everywhere. THC is only legal in states where marijuana is legal. But no one really knows how to classify CBD yet. People who sell it sayit is legal in all 50 states. Technically, according to Above the Law, it is illegal, but it can be considered legal if it’s derived from certain types of hemp plants. Confusing!

Individual states are still considering what to do about CBD. Target briefly sold it online last year, then quickly removed it. Sellers on Amazon are confused, but it is definitively on the retailer’s no-sell list. When you search “CBD oil” on Amazon, about 700 listings for hemp oil pop up. Who knows what they actually contain. 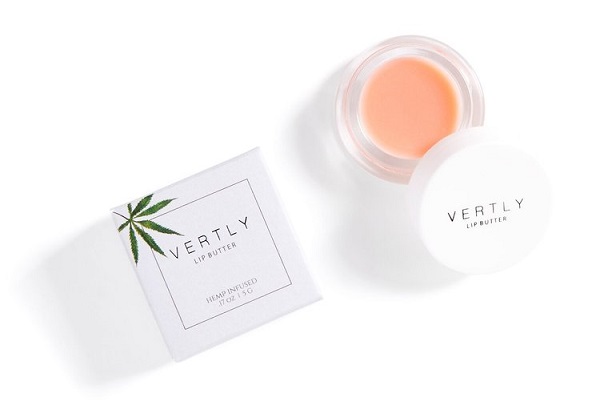 Which brings us to whether or not you should buy it. As the confusion around legality indicates, it’s not well-regulated yet. And like with cosmetics and supplements, manufacturers can claim any damn thing they want to. Consumers cannot even be sure that there is CBD oil in the CBD oil products they buy. The FDA tested products from several manufacturers, and some didn’t contain the amount they claimed.

With the legitimacy that an FDA approval will bring to CBD, it will surely embolden more brands to make claims or sell products with questionable ingredients. Yes, CBD helps treat seizures, but it also has potentially negative effects on the liver. It is not ridiculous to assume that some unscrupulous manufacturers will take this mainstream attention and try to sell CBD to people who are desperate for cures, especially because we’re in a legal and regulatory gray zone. For every other claim at this point, though, evidence is scant or in the early stages of study.

But as Natural Products Insider noted last fall when it seemed clear that Epidiolex would likely gain FDA approval, CBD producers should brace themselves for challenges. Right now, CBD is being marketed as a cosmetic and supplement ingredient. One lawyer said that the pharmaceutical company that produces the epilepsy drug will likely fight to get over-the-counter CBD off the market, which would have big repercussions for the burgeoning cannabis industry. Those in the industry, of course, are arguing that it was a supplement before it was a drug. It truly is a tricky scenario.

In the meantime, enjoy your CBD mascara, with realistic expectations in place.

Source: What FDA Approval of CBD Could Mean for the Beauty Industry – Racked