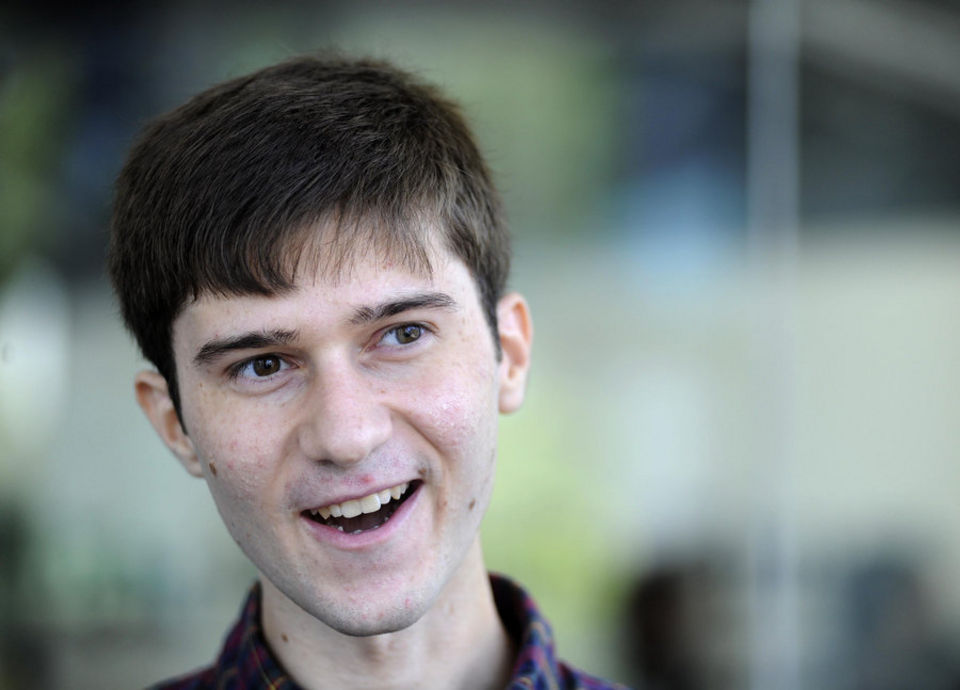 In this post Itamar Shapira of Huntsville, a 2014 graduate in biomedical engineering, talks about his medical conditions and the struggles he faces during an interview in downtown Huntsville, Ala. Tuesday, Aug. 26, 2014.

WHAT RIGHT DOES THE GOVERNMENT HAVE TO DENY CANNABIS OIL TREATMENT TO SICK PEOPLE WHO NEED IT?: GUEST OPINION

An article on 14 September featured my struggle both with ulcerative colitis and with the State of Alabama over access to cannabidiol (CBD). Now I would like to present some facts regarding the subject and provide a common-sense case for CBD access to Alabama’s sick.

Firstly, it’s important to understand what CBD is.

Governor Bentley ignored my letter requesting access to CBD (which you may see on koshercannabinoids.wordpress.com), refused to meet me in order to be briefed on this issue, and later went on record stating that there is insufficient evidence for its therapeutic use.

Merely for my own condition, a review article (Esposito et. al., Phytotherapy Research, 2012) can produce 73 citations of research demonstrating CBD’s safety, the relationship of the human cannabinoid system to my illness, and more evidence for the therapeutic use of CBD. I am sad to say that Governor Bentley has shown a lack of humanity which is just as unfortunate as Dr. Bentley’s lack of understanding. If he thinks there is truly insufficient evidence, I should be allowed to participate in a clinical trial.

It looks like Governor Bentley sees eye to eye with tough, nonsensical federal policy on cannabis. The federal government considers cannabis to be a schedule 1 drug, both dangerous and lacking any kind of medical use.

It denies its medical usefulness while also stifling research on the subject by making researchers have to jump through administrative loops in many different agencies, including the National Institute on Drug Abuse.

Because of these restrictions, pioneering research is happening in other places around the world: Britain, Italy, and Israel have far greater scientific contributions than the U.S. In fact, a CBD clinical trial for my illness is being conducted in Israel, supported by the U.S. and visible on the federal “clinicaltrials.gov” website.

Interestingly enough, despite the federal government’s demonization of cannabis, including CBD, it owns U.S. Patent 6630507, among which is included:

3. A method of treating a patient suffering from ulcerative colitis comprising the step of administering to the patient a pharmaceutically effective amount of cannabidiol [CBD].

The same government that is denying me potentially life-saving treatment also fully intends to profit from such treatment when it inevitably does become fully legalized.

Much has been made of Carly’s Law, passed by the Alabama legislature in March of 2014. It is with sadness that I tell you that as of the writing of this, not one child has received CBD oil.

The law, in fact, provides no status for CBD. It does two things:

Thus, there are children losing brain tissue from lobotomy before having access to CBD. There are obituaries written for some of these children.

It’s not clear what right the government has to deny me or my doctor a prescription of CBD.

By what right am I and many others being denied this medical treatment?

In the face of such injustice, we have to speak up. It is in Exodus Chapter 31 that Moses argues with God, convincing him to change his position. If Moses would argue with God, we have an obligation to speak up to preserve human life. I urge you to sign the following petition on Change.org urging both candidates competing for governorship to take a stand in favor of access to CBD therapy and urging the attorney general to recognize legality of CBD.

Access to CBD will provide immediate relief to epileptic children and another tool for sufferers of inflammatory diseases. One day, more Cannabis extracts and perhaps whole plant medicine will provide relief and therapeutic value to sufferers of multiple sclerosis, inflammatory bowel diseases, epilepsy, cancers, rheumatoid arthritis, and a host of other ailments.

via What right does the government have to deny cannabis oil treatment to sick people who need it?: guest opinion | AL.com.