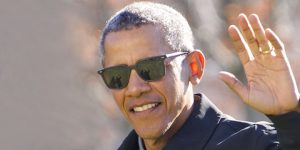 Obama, the Cool Dad president believes marijuana should be treated like alcohol and cigarettes. This post from Esquire.com highlights President Obama’s opinion on the issue of marijuana legalization. President Barack Obama's on the last leg of his eight-year presidential term, and he's making it more clear by the day that he's just gonna say what's on his mind and channel his ... Continue Reading