Although 2018 was a year of monumental changes in the recreational cannabis industry, U.S. legislators still have a long way to go. Some of the highlights of 2018 include Michigan becoming the tenth state to legalize recreational weed, and Vermont making history as the first state to legalize marijuana through its own legislature.

In January 2018, Vermont House of Representatives approved the bill that legalizes adult possession and cultivation of recreational marijuana. It took effect in July the same year. Yet, Vermont is still only in the first stages of creating a regulated cannabis industry, as commercial cultivation and sales of weed are still not permitted by law.

However, all of these changes would not have been possible without the American public favoring marijuana legalization. According to a new Gallup survey, two in three Americans, or 66% of respondents now support the legalization of recreational cannabis. States that have legalized marijuana have granted public support and have witnessed an increase in the weed market. [1]

Many states are expected to legalize weed soon. Let’s take a look at the states that have made it in the top five of our list. 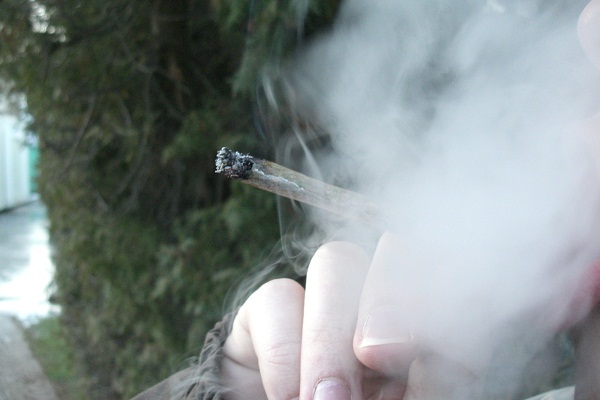 New Jersey is practically on the verge of legalizing marijuana. In a clever move, the Garden State first elected a pro-recreational cannabis candidate, Gov. Murphy in 2017. Murphy has always shown a positive attitude regarding marijuana legalization and expressed his support openly.

(By the way, this is a trend among most of the states who seem to be about to legalize marijuana—electing pro-cannabis governors to speed up the process.)

In November 2018, New Jersey legislature passed three new marijuana bills. One of the bills would legalize marijuana and it should be voted in by the full Senate and Assembly on its way to getting the governor’s signature.

There is an ongoing debate regarding tax rates and regulatory details among NJ legislators, but the state is expected to annually earn $850 million in cannabis sales by 2020.

If recreational cannabis gets legalized in New Jersey, adults aged 21 and over will be allowed to possess up to one ounce. They will also be able to have their weed delivered to their homes. [2]

Together with the weed-delivery system, another exciting new development the legalization is likely to bring about is public consumption areas. These areas, such as cannabis lounges, are still uncommon in most states that have legalized weed.

New Jersey is expecting to see marked changes to its society with this new weed legislation. The state program is set to grant licenses to minorities, women, and veterans, with the aim to reduce unemployment in impact zones.

These are areas with high poverty, most often populated by minorities who are the most affected by marijuana arrests. The goal of the programs is to achieve racial and social equity, as many fear there will be a disparity between white and black residents in marijuana legislation too. [3] 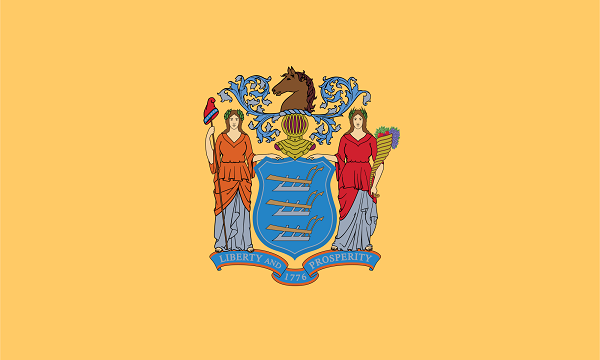 RELATED: Marijuana Legalization In New Jersey To Be Worth $850 Million

Another pro-cannabis leader is Connecticut’s Governor Ned Lamont. During one of his press conferences, Lamont stated that he would prioritize weed legalization in 2019.

After being voted Governor in November, 2018, Lamont also commented on marijuana legislation when announcing the names of his transition team.

“I don’t want the black market controlling marijuana distribution in our state. I think that it is a lousy way to go. Canada, Massachusetts, others are doing it and that is going to lead to some enforcement things. In the meantime, we enforce Connecticut law.” [4]

Other leaders also admitted to the financial gains the state is likely to experience after legalization. Senator Looney, the state’s highest-ranking legislator, said that keeping cannabis illegal is pointless and that its legalization is a significant revenue item for the state. [5]

Regardless of previous failures, Connecticut has taken huge steps towards ending cannabis prohibition by introducing the first marijuana bill of 2019. Citizens with a criminal record for marijuana possession will have their record cleaned. [6]

For now, Connecticut citizens have convenient access to legal marijuana in the first marijuana dispensary located just over the Connecticut-Massachusetts border. [7]

Governor Pritzker made a clever move during his political race by supporting legalization of recreational weed and making it the centerpiece of his campaign. He even held one press conference outside of a medical cannabis dispensary, confirming his support.

According to the governor’s statements, he wants to pursue legalization “nearly right away,” and that will be part of his incoming governor’s plans. [8]

Recreational use of marijuana is currently decriminalized in this state.

Things will be looking great for Illinois after legalizing recreational cannabis. This will be similar to other states that have legalized weed, such as Colorado and California, who have seen a huge boost in their economy.

A study conducted by the Illinois Economic Policy Institute and the University of Illinois determined that marijuana legalization would create roughly 24,000 jobs, and bring more than $500 million in tax revenue. Overall, the weed industry is expected to pour around $1.6 billion into the state’s economy by 2020. [9]

In 2018, Illinois attempted to legalize marijuana, but failed. Although the bill didn’t receive a vote in the past year, Illinois went on to conduct in-depth hearings before several committees. These discussions contributed to the growth of support among lawmakers, causing the majority of them to eventually approve the non-binding measure that supports legalization. 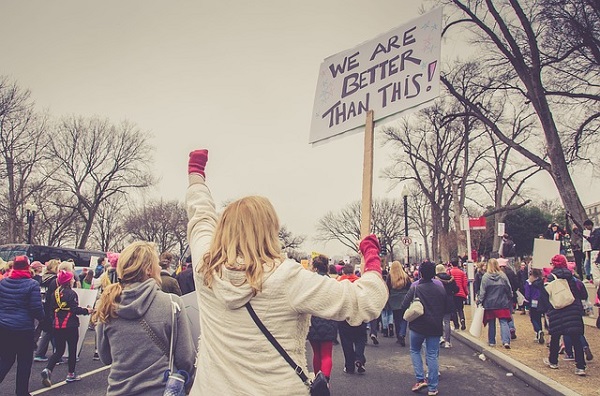 A few years ago, many people were sure that New York would be the next state to legalize weed, but it didn’t happen. This was because state Governor Cuomo stood in opposition.

During his early days of governing, the governor called marijuana a “gateway drug” and was staunchly opposed to legalization. However, after a few years, things switched, with Cuomo recently stating that it is time to “legalize the adult use of recreational marijuana once and for all.” [10]

The NY governor is committed to creating a model program for recreational cannabis use. Prior to preparing the program, the governor “launched 17 listening sessions in cities across the state to give every community in every corner of New York the opportunity to be heard,” according to CNBC. [11]

Prior to this, the governor took time to research the impacts of weed legalization, especially regarding its health aspects.

A study led by the Department of Health, commissioned by Cuomo, concluded that “the positive effects of regulating an adult marijuana market in NYS outweigh the potential negative impacts” early in 2018. [11]

It was these report findings that seem to have convinced Cuomo, who now appears profoundly invested in the legalization process.

The reason why Minnesota is on this list is because of Governor Walz.

Walz has always been supportive of marijuana legalization. He has made numerous statements to that effect, including the implied intention to “… replace the current failed policy with one that creates tax revenue, grows jobs, builds opportunities for Minnesotans, protects Minnesota kids, and trusts adults to make personal decisions based on their personal freedoms.” [12]

The governor has also advocated marijuana issues as a member of the House Committee on Veterans’ Affairs. [13]

So far Walz has demonstrated that he knows how to advance reform. He authored the first standalone cannabis bill to pass a congressional committee in the U.S. House.

Even though it remains to be seen what will happen next, the pro-cannabis legalization efforts and statements of the Minnesota Governor are enough to secure its spot on the list of states that are most likely to legalize weed in 2019.

Some states are making efforts to fully legalize recreational cannabis, while others are still dealing with medical cannabis questions. Regardless, we are witnessing a shift akin to political evolution, and the U.S. is going full speed towards creating a meaningful change.